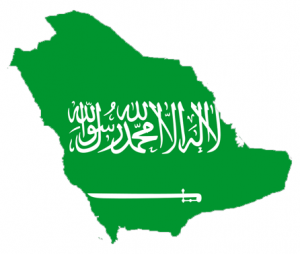 Like many countries in the world, Saudi Arabia was faced with challenges of addressing ethical issues concerning biomedical research particularly in the face of the rapid evolvement of biotechnology and the rise of biomedical research in developing countries. As a result, measures were taken to formulate national guidelines for research in order to protect the patient, the family and the society as a whole.  So a royal decree ( 7/B/9512) was issued on 18/5/1422 Hijri calendar ( 8th August, 2001) to establish the National Ethical Committee for Biological and Medical Research under the supervision and management of King Abdul Aziz City for Science and Technology. To form the committee invitations were send to the list below for nominations.

Five months later another decree (1/M/98775) was issued to declare the formation of the committee whose responsibility was the writing and implementing of national regulations and standards for biomedical research. All hospitals, universities, research institutes and any other organizations involved in research would be respecting these guidelines.

The Council of Ministers passed a decree No. 180 H on 09.06.1425 (26th July, 2004) to promote the work of the National Committee on ethical aspects of genetic research. The Committee founded many subcommittees each with a specific task and included:

The Commission has also established specialized bioethical and medical ethics committees in hospitals and research centers throughout the Kingdom which would be responsible for review of research and protocols submitted. The committees would ensure that that protocols are compliant with the international guidelines as well as provide support and guidance for students and researchers.

In order to complete its regulatory functions, the National Ethical Committee has developed a draft titled “a system of research ethics on the living creatures” which was submitted by the Head of King Abdul Aziz City for Science and Technology for approval. The project was passed on to the Shura Council for discourse in 2005. Consultation was sought from the Committee on Health Affairs and the Environment and members of National Ethical Committee as well as international guidelines approved by the Kingdom of Saudi Arabia, which included:
1 – Universal Declaration on Bioethics and Human Rights, adopted in October (October) 2005.
2- Universal Declaration on Human Genome and Human Rights, adopted in November (November) 1997.
3 – International Declaration on Human Genetic Data adopted by the International Organization for Education, Science and Culture Organization (UNESCO) in October (October) 2003

The Shura Council has approved the project and is now being reviewed by his Highness. A decree was passed by the Council of Ministers number 321 in 2010 to launch the project and adopt it.