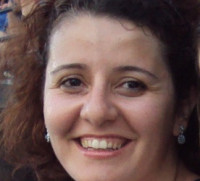 In one of the most extensive quantitative studies on the opinions of patients regarding the collection, storage and use of blood samples for research, Alaa Abou Zeid and his colleagues surveyed the opinions of 600 Egyptian patients randomly selected from both public and private hospitals in rural and urban settings.
The authors used descriptive and chi-square statistics, as well as logistic regression analysis to evaluate for significant associations between their findings and various independent variables.
The results showed that the average age of the 600 respondents was 41 years with almost equal gender distribution; the sample population encompassed a greater proportion of patients from the public sector; 2/5ths was illiterate, 2/5ths spent less than $90/ month and the majority (94%) had never participated in research.
More than 80% of the respondents agreed that all types of research are important, but a lower percentage would be willing to participate in research involving obtainment of a solid tissue sample or the administration of experimental drugs. Regarding the collection of blood samples to be stored for future research, 40% of the respondents believed that the informed consent document should indicate such an option; of these respondents, 40% opted for limited approval of usage. A third of the respondents indicated that there should be a right to receive any commercial benefits that emanates from the research and that there should be a right to withdraw their samples from future studies. Regarding the discovery of any information related to their health, 80% believed researchers should inform them of such data. The survey tool was also educational and informative for the participants. For example, the tool assessed patients’ opinions regarding genetic samples both before and after they read a short paragraph explaining the terminologies related to the concept of genetics.
The respondents favored the exportation of stored samples to an Arab country (60%), rather than Europe and the US. Most (below 80%) of those surveyed believed the government should have some control regarding the exportation of their samples to foreign countries and an almost similar percentage (above 80%) indicated the right to access any new drugs derived from research on their samples.
The study of Egyptian perspectives and attitudes towards genetic analysis and future storage of sample is quite challenging. When I first read the title of the study I was curious as to how the authors would handle the issue of illiteracy and the lack of scientific knowledge among Egyptian patients. But the researchers succeeded by informing the respondents about key terminologies both before and after the respondents gave their opinions. However, clarifications are needed regarding the methods used in the study. For example: “ were data collectors available to help complete the survey for both educated and non educated respondents?” If not, then bias be introduced if data collectors provided information only to individuals who were illiterate. Another issue regards consistency between the different data collectors. For sure, all data collectors received a training session on how to collect the data, which is an excellent aspect of the methods of this study. However, to assure the consistency of the process, it would have been better if some of the data collectors were audited while performing their function. Of course, this would add further expense to the study. Aremarkable aspect of the study is the broad geographical distribution of the participants. In addition to recruiting potential participants from greater Cairo, the study recruited participants from Menia, Beni Sueif, Assuit, Ismalia and Monofeya. One cannot help but appreciate the collaboration across governorates, which included both public and private hospitals to encompass the ‘have’ and ‘have not’ sections of the Egyptian society.
I genuinely hope that we have more studies of this extent and quality.

One Response to Blood samples for future research: Views of Egyptian Patients