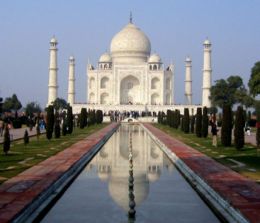 More stories of ethical transgressions are  unfolding in Indian clinical trials  sponsored by international companies. The  latest story is of an eighty year-old woman  with Alzheimer’s who was enrolled for 2  years in a drug trial without her husband’s  knowledge, Washington Post reported. The  drug was given for free and the doctors  never once mentioned that it was a trial  drug, according to the husband Sharad  Geete. Though he signed a consent form  stating the drug is experimental, Geete was too anxious to properly read the form and he had absolute faith in the treating physician.  He said “She became bedridden and stopped speaking or hearing us.  She became a vegetable.”

Since 2005 when the Indian research regulations were made more lenient, the numbers of research participants in international trials soared from nearly zero to 150,000.   Subsequently,  the onset of questions regarding proper consent and appropriate compensation for research injury has adversely affected such trials.  An investigation by state government in Madhya Pradesh Province convicted 6 doctors of violating the consent procedure and of failing to compensate participants who suffered adverse effects of drugs in 76 clinical trials.

Between 2007 and 2010, 1,700 participants died while enrolled in a clinical trial according to the Indian regulatory agency. Though no autopsies were carried out to identify the cause of death, US and European companies have compensated 22 families of participants who have died.   The amount of compensation has ranged between $2,000 to 20,000 US dollars.  Since then, the Indian Council for Medical Research called for the public to give their opinion on draft regulations of compensating human subjects that suffered from research adverse events.

However, is the amount of compensation enough considering the big revenues clinical research has generated in India? According to the Confederation of Indian Industry, in 2010, 300 million US dollars have been generated from clinical trials. For international pharmaceutical companies, trials in India save them almost 40% of the cost. In addition, India provides whole range of treatment-naïve patients with a variety of diseases. Moreover, there are less stringent regulations and less risk of liability for pharmaceutical companies.

‘Indians patients are like guinea pigs and ethical review panels are bogus’ said C.M. Gulhati, editor of the Monthly Index of Medical Specialties journal. ‘And poor, unsuspecting patients get duped, while doctors and hospitals earn money,’ he continued.

Some commentators stated that to some Indian physicians, clinical trials had become ‘a business on the side’ where mostly the illiterate, children and mentally handicapped were recruited. There is evidence of doctors acting as witnesses to the consent procedure instead of an independent person, as regulations entail.  In addition the consent form in Hindi language was only one page long while the original English version was 30 pages long.

Pfizer had to stop trials in Indore because ‘proper procedures were not followed’, although one of the physicians probed over the Alzheimer’s trials insisted that proper informed consent was obtained and the patients understood the basic concepts of randomization, blinding and control.

Unfortunately, this story is just one among a list of scandals involving clinical trials in India.  MERETI-Network has reported some of these incidents. Read more  India Inquiry Finds Evidence of Ethics Violation in Clinical Trials and Alleged Ethical Transgression in India’s International Research

MERETI is offering 2 Workshops on Research Ethics in Amman, Jordan
WHO Publishes Standards and Operational Guidance for Ethics Review of Research