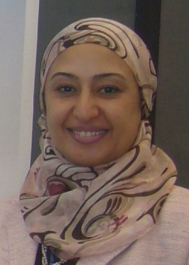 During the 2nd regional conference on “Current Controversies in Research Ethics: Research Integrity, Research Ethics Committees and International Clinical Trials” held in Beirut, Dr. Gregory Larkin, Professor of Surgery (Emergency Medicine) at Yale University held a workshop titled “Voluntary Informed Consent in the Conduct of Acute Care Research”. Dr. Larkin used a case-based approach to emphasize the controversial issues of informed consent in emergency research.
Dr. Larkin set off his presentation by giving an overview of historical scandals in research, and the evolution of the concept of informed consent. He then raised an important concern with research in the emergency setting; the difficulty of obtaining informed consent in a timely manner from surrogates of incapacitated patients. The dilemma arises from the tension between the need to perform important emergency research and fulfilling the principle of “respect for persons”.
Dr. Larkin discussed the emergency research of Traumatic Brain Injury (TBI) patients.  The issue revolves around the inability of obtaining “informed consent” from patients with severe TBI?    Dr. Larkin next discussed the concept of the “exception from informed consent” (EFIC) and the conditions needed to justify waiving informed consent while still “respecting” persons.  These conditions include the following:  1) the patients need to be in a life-threatening conditions; 2) standard therapy is not considered effective; 3) informed consent will be obtained from the patients or their surrogates when feasible; and 4) the research has been discussed with the community in which the research is being performed.
Dr. Larkin next described an important article, published in JAMA by Bulger et al, 2010, that involved a randomized controlled trail of Out-of-Hospital Hypertonic Resuscitation Following Severe Traumatic Brain Injury
The researchers conducted a multicenter, double-blind, randomized, placebo-controlled clinical trial that enrolled patients with trauma who were not in hypovolemic shock and had a pre-hospital Glasgow Coma Scale score of 8 or less. Patient were randomized to receive either 250-mL bolus of 7.5% saline/6% dextran 70 (hypertonic saline/dextran [HSD]), or 7.5% saline (hypertonic saline [HTS]), or 0.9% saline (normal saline [NS]) before their arrival to the hospital. The study was conducted under the EFIC rule. Upon the patients’ arrival to the hospital, informed consent was obtained from the surrogates in order for the subjects to continue in the trial.  The results showed no significant difference between the three different groups.  The study was terminated early on the basis of futility.  Although the research did not identify a better therapy, it still yielded important information that could not have been obtained if there was a rigid requirement to obtain informed consent before the administration of the intervention.
During the Q &A, Dr. Silverman brought up the Fluid Expansion as Supportive Therapy (FEAST) trial, which was performed to determine the best fluid therapy for children presenting with shock due to malaria.  The study was aiming to generate practical data for resource-poor settings in sub-Saharan Africa where malaria is endemic. Children presenting to hospitals with severe febrile illness and impaired perfusion, were randomly assigned to receive one of three interventions:  a) 20 – 40 ml of 5% albumin solution; b) 0.9% saline solution per kg body weight; c) no bolus (control group).
The international standard of practice was to give fluid boluses for shock, and the American College of Critical Care Medicine recommended that a febrile child in shock should receive fluid resuscitation of 60 ml/kg isotonic fluid within the first hour. However, in the local research setting, the standard of care was not to give aggressive fluid resuscitation. Furthermore, in most hospitals in sub-Saharan Africa there were no intensive care facilities and triage and emergency care was largely ignored by existing child survival programs. For this study, informed consent from the parents were allowed to be waived if the investigators thought that parents would not be able to comprehend the information due to being emotionally distressed by the condition of their children.  Delayed written informed consent would be obtained as soon as it was appropriate.
The audience discussed the ethics of including a placebo-control group when the international standard of care was already set and considered of aggressive fluid therapy. Surprisingly, the results of the study challenged the international guideline of fluid resuscitation as a life-saving intervention, because  the placebo-control group demonstrated the lowest mortality compared with the other groups. Without this study and other similar ones, such important findings would not have been uncovered.
To my mind, emergency research is of utmost importance and provides much needed evidence for health care practice. It is thus imperative to agree on international ethical guidelines for such studies, so as to prevent exploitation, protect vulnerable populations, as well as respect persons.