By Henry Silverman on November 23, 2015 in Conference

The 2015 Advancing Ethical Research (AER) sponsored by the Public Responsibility in Medicine & Research (PRIM&R) was held this year in Boston from November 12-15, 2015.  Attending this conference was three MERETI trainees from 2014, Salma Ait Batahar, Latifa Adarmouch, and Marwan Felaefel.  Also attending was Henry Silverman, program director of MERETI.   Marwan presented a poster abstract of a recently completed survey study entitled “Prevalence of and Attitudes Towards Research Misconduct Among Investigators in Egypt”.   Co-investigators on this survey study included, Hillary Edwards, Mohamed Salem, Rola Jaafar, Ghufran Jassim, and Fiza Doubell, who enrolled participants from their institutions in Bahrain  and Lebanon.   Due to the importance of this survey study, Marwan was selected to present the key findings of this research at a special panel session at PRIM&R. 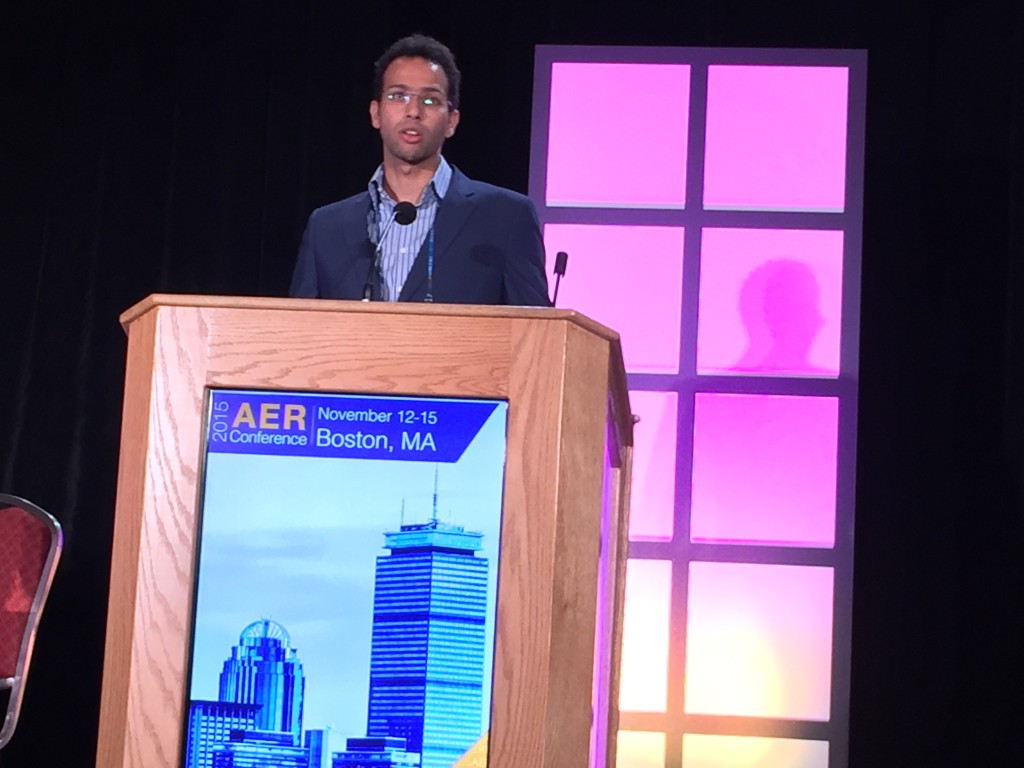 Latifa Adarmouch served as faculty at one of the Global Health sessions, which was entitled: Recruiting Marginalized, Vulnerable Populations into Health Research: Issues in International Research.  This session was case-based and the participants discussed two cases involving research that recruited vulnerable populations.

Marwan received a full scholarship to attend this conference and Salma and Latifa received partial scholarships. Look out for their upcoming blogs that will report on several important issues discussed at this workshop.