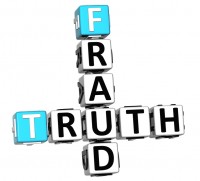 Jim Hicks, a comparative and evolutionary physiologist, Associate Vice Chancellor for Research and the Research Integrity Officer (RIO) at UC Irvine, wrote an interesting opinion piece on the possible reasons behind research misconduct increase and the best ways to address them.

Beside better detection and reporting of misconduct, most scientists/ researchers compete for NIH funding which was reduced to 18% since 2011 (compared to 30% in 1997-2003). Relying on quantitative measures to assess performance of research/academic institutions have created extensive pressure on researchers to publish in high impact journals, increase enrollment of more graduate and post doctoral students in academic/research and the competition for acquiring grants, none of which can guarantee high quality research.  In addition, in recent years, scientists allocate up to 42% of their time to comply with administrative and regulatory requirements and hence spend less time on research.

Hicks proposed solutions to address some of the root causes for the rising in research misconduct. One of which was reducing administrative and regulatory overload on researchers by providing support from qualified task groups, installing digital database and tracking protocol software in academic/research institutions.  He encouraged mentorship to be extended inside laboratories so young scientists gain hands on experience on optimal research practices. Lastly but not the least, the NIH should enlarge research monies and funding opportunities to ease some of the insistent competition among researchers.

Jim Hicks failed to mention the effect of international research surge in recent years and the involvement of  scientists/ researchers  from the developing world in federally funded research on the increase of research misconduct. Developing world usually do not have well established systems for defining responsible conduct of research,and best ways to regulating and reporting incidents of research misconduct.  To combat this, non US scientists should receive Responsible Conduct of Research trainings and be mentored on the best ways to perform ethical research.

Hicks J, 2013, Opinion: Ethics Training in Science; The NIH has Required Researchers To Receive Instruction About Responsible Conduct for More Than 20 Years, But Misconduct is Still on the Rise, TheScientist.com