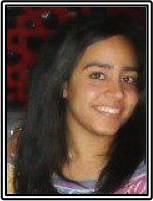 The article by David B. Resnik and Zubin Master discusses the development and drawbacks of policies addressing research misconduct in high-income countries (HICs). In the early decades, federal-funded research was guided by vague definitions of misconduct and guidelines to help prevent and address misconduct. As the number of violations increased, federal agencies set reforms and adjustments to their policies.

It is usually the surge of a major scandalous event – and not multiple several ones – that brought the need to adjust research misconduct policies to attention. “The Baltimore Case” was the earliest event, occurring in 1986 in the United States, where researcher Imanishi-Kari was accused of falsifying and fabricating data [1]. Even though the ruling was over-turned, federal agencies along with the NIH concluded that research misconduct required a more vigorous definition to further prevent such behaviors. Similarly, in Denmark in 2001, “The Lomborg Case” was over-turned by the Ministry of Science, Technology and Innovation under the claim that the Danish Committee on Scientific Dishonesty (DCSD) lacked supporting evidence of dishonesty – a term which was too vague at the time [2]. As a result, and in order to prevent confusions during times of conflict, the DCSD and the NIH adjusted the term “misconduct” and first introduced the definition of Falsification, Fabrication and Plagiarism (FFP).

In most HICs, federal agencies are, thus far, the main key-players in regulating research misconduct. The agencies are required to define and update the term “misconduct”, decide upon proper investigational methods as well as appropriate corrective actions when misconduct occurs. Accordingly, policies and guidelines – such as the Responsible Conduct of Research (Canada), the Code of Ethics (UK) and The European code of conduct (Europe) – are created. In coordination with universities and research institutions, federal agencies further seek to enhance graduate as well as undergraduate education in the Responsible Conduct of Research (RCR) through offering trainings, courses and workshops.

In addition to federal agencies, other entities are involved in the handling and prevention of research misconduct in HICs. Research institutions play a prominent role in regulating research misconduct. All institutions are required to develop customized policies – appropriate to their respective natures and fields of study – that are enforced, and not to be replaced, by the federal policies. Recently, scientific journals – 8,000 of which are working together under COPE (Committee on Publication Ethics)  – and independent professional associations also contributed to the maintenance of research integrity by offering guidance and advice to researchers regarding ethics policies, responding to allegations and correcting publication records in case of misconduct [3].

Despite the widespread attention and efforts, the efficiency of both; the addressing policies and educational focus, is not sufficient. To date, no research claimed that the incidence of research misconduct in HICs is decreasing [4]. Certain drawbacks, hindering the absolute detection and elimination of misconduct, still remain. One major concern is the human judgment upon which the prevention and reporting of misconduct rely heavily upon. To this day, misconduct policies act as an alarm system, requiring an alert human conscious to raise the issue to light [5].

[4] Risbey KR, Ronning EA, De Vries R, Martinson BC (2007)What do mentoring and training in the responsible conduct of research have to do with scientists’ misbehavior? Findings from a national survey of NIH-funded scientists. Acad Med 82: 853–860.

As cited in David B. Resnik, Zubin Master (2013) Policies and initiatives aimed at addressing research misconduct in high-income countries.