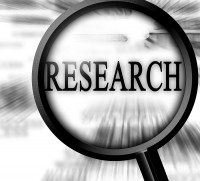 By Henry Silverman on October 15, 2017 in Article, MERETI

A research study entitled “A Cross-Sectional Survey Study to Assess Prevalence and Attitudes Regarding Research Misconduct among Investigators in the Middle East” was recently published online in the Journal of Academic Ethics.  Readers can access the article via the following link:  http://rdcu.be/wKm4

The survey study collected data from 278 participants and the results showed a high prevalence of misconduct, as 59.4% of our respondents self-reported to committing at least one misbehaviors and 74.5% reported having knowledge of any misbehaviors among any of their colleagues. The most common type of self-report misconduct was “circumventing research ethics regulations” (50.5%) followed by “fabrication and falsification” (28.6%). A significant predictor of misconduct included a lack of “prior ethics training”.  The authors conclude that scientific misconduct represents a significant issue in several universities in the Middle East. The demonstration that a lack of “prior ethics training” was a significant predictor of misconduct should lead to educational initiatives in research integrity. Further studies are needed to confirm whether our results can be generalized to other universities in the Middle East.