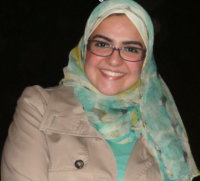 The authors of this article explored research misconduct in low and middle income countries (LMICs). They expressed grievances towards the scarcity of literature published on the topic despite the fact that LMICs “invest heavily in research”.  The commonly known research misconducts are fabrication and falsification of data and plagiarism. The US government has thoroughly and lengthily defined research misconduct but Europe opted for shorter and precise definitions.

Besides the survey, the authors reviewed the academic articles via a Medline search; that examined   research misconduct and addressed the mechanisms developed to tackle the issue in these countries. The authors stated that it was not a methodological analysis but rather an “illustration of cases”.

In addition to the well-established forms of misconduct namely; “fabrication, falsification and plagiarism”, the authors explored other types of misconduct and postulated that more harm ensues from “questionable research practices” such as; intentional obscuring of non compliant data, conflict of interest or ghost authorship of research than common forms.

Among the articles retrieved was Marus˘ic et al. [1] study of authors self reported authorship problems.  The study revealed the existence of more authorship issues in LMIC than in USA and UK. Another study examined all the research retractions from pubmed between 2000 and 2010[2]. The ratio of retraction from predominately  LMIC Asian -countries was higher than in USA. The authors also reviewed articles from Latin America and China. China has 31% [3] plagiarized articles but took serious steps towards the resolving the problem. The Chinese Ministry of Science and Technology established the Office of Scientific Research Integrity Construction, which investigates alleged cases of misconduct.

In their review, the authors referred to high profile cases of research misconduct that occured in various LMICs; for example one fraudulent clinical trial in South Africa, the controversial Bezwoda of India [4], and the STD research conducted in Guatemala between 1946 and 1948.

Japan $ 100 Millions Initiative: Towards Shifting the 10/90 Gap in Health Research Expenditure?
Egypt’s Academia: Two and Half Years After the Popular Uprising

One Response to Research Misconduct in Low- and Middle-Income Countries: A Review