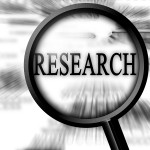 Jerry Menikoff, the director of the OHRP, raised few interesting issues in his article titled “The Paradoxical Problem with Multiple-IRB Review”. The article was brought to our attention by Dr Nahed Mustafa Ali, a member of MERETI network. Click here to access the article.

With the increased need to enroll substantial numbers of patients in clinical trials, many such studies are conducted at multiple sites. As a consequent, a single protocol undergoes repeated reviews by the IRBs of the numerous institutions engaged in the research. Although each institution must obtain IRB approval, there is no universal regulation that requires the institution to have its own IRB perform the review. Yet, for many reasons, many institutions are unwilling to rely on an outside IRB for a review (e.g., concern with liability issues, discomfort, etc.).

Unfortunately, there are shortfalls for multiple IRB reviews for a single protocol. The most apparent of all is the time and effort wasted by IRB members to review the same protocol in multiple sites. Any profound changes to the protocol regarding what happens to subjects at one site and not another site could introduce bias in the data, as well as the differences in the risks to which subjects are exposed. Also, when a single IRB at one site proposes extreme modifications that cannot be fulfilled and that site opts out of the study, their concerns regarding study design and subject safety are not relayed to the other IRBs due to confidentiality agreements imposed by the sponsors. Accordingly, the inherent reasons for multiple IRB review, enhanced study design and subject protection, are not realized.

The author coined an interesting term: “authority vacuum”, in reference to the lack of empowerment of IRBs at multiple sites. This lack of authority handicaps IRBs’ ability to propose and adopt meaningful changes to the protocol.

Dr. Menikoll proposes some solutions. In the U.S. the Office for Human Research Protections (OHRP) is considering a proposal whereby it would take direct actions against an IRB for non-compliance with regulations, rather than against the institution. Hence, little blame would be directed to individual institutions’ IRB at the multiple sites. The sponsors could pull more strings by mandating the use of such a central IRB for a site to participate in its study. The European Union proposed another approach. It allows each country participating in the study to a “single opinion” regarding the protocol. The solution proposed by EU is handicapping because any one country may have more than one opinion about several ethical issues, for example; informed consent and privacy issues. Regulations should not censor the voicing of opinions.

These proposed solutions can help some of the issues, but I still believe there is a more effective way of approaching this issue. Outsourcing the review process to a central single IRB is not going to address local issues in a single site unless there are IRB members from that particular site involved at the Central IRB. If the central IRB is representative of all the multi sites then local respect to the culture and local ethical issues can be addressed. The multiple sites would be more willing to participate when their ethical concerns are not ignored. It is worth mentioning that in the new technology era, with videoconferencing and web casting, a central IRB can comprise of members from different countries or sites who can share and voice opinions uncensored via an online meeting.

Finally, it is interesting to note that several countries in the Middle East and Africa that have national regulations for research ethics require the establishment of a central IRB. Interesting, in many of these countries, having such a central IRB does not preclude the need for local IRB review. Since the availability of resources for IRBs is lacking for many countries in the developing world, it would seem preferably to establish more efficient systems of review.

Welcome to the MERETI Network!
Wellcome to PRIM&R