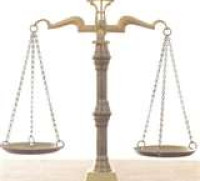 In response to the revelation of an unethical research in Guatemala conducted by the US Public Health Service  from 1946 to 1948 (The  Sexually Transmitted Diseases Inoculation Study),  US President Obama asked the Chair of the Presidential Commission for the Study of Bioethical issues to oversee a review of US Federal regulations governing research.

Although the Guatemala case occurred more than 60 years ago, the President wants to be reassured that current rules provide sufficient protection to research human participants from unethical lapses, in the USA and internationally. The multidisciplinary committee encompassing academics, doctors, scientists and religious experts will start its investigations in January 2011 and is expected to have its report and recommendations complete within nine months.

It is worth mentioning that the President has offered an apology on behalf of the US to Guatemala.  He is also expecting the committee to seek the opinions of officials in Guatemala, as well as domestic and international experts.  Finally, the President has also requested that the Commission “oversee a thorough fact-finding investigation into the specifics of the Guatemala study”, which might lead to disclosure of any other unethical research that might have been conducted in the past.