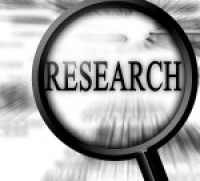 In 2009, the Ministry categorized stem cell research a grade 3 health technology and labeled it as high risk. In January, the ministry required all those utilizing stem cell treatments to register their research and halt treatments until proven. In addition they have to secure an ethical clearance. So far none of the health institutes that offer stem cell treatments have contacted the  Chinese Ministry of Health and they are openly advertising their unapproved treatments via their websites. The offered treatment is quite expensive, for example, the  treatment of Alzheimer’s disease could cost US$4,750–7,900.

Experts in the field confirm that stem cell interventions have yet been shown to cure diseases and is still in the research phase.  Zhou JingLi, chief neurologist at Beijing Puhua, whose institution’s claim to cure autism with stem cell injections, support the idea for clinical trials but says ‘who’s going to pay?’. For her the response of patients to the treatment is good enough proof of its safety and effectiveness. Stem cell experts warn of possible cancer and autoimmune diseases as side effects of the therapy. In addition, the therapy may show initial improvement of disease but there is no evidence to prove long term effects of such therapies.

Besides insufficient scientific evidence of effectiveness, some of the institutes allegedly have ties with powerful political figures and lead scientists in China. In such one case Li Lingsong, director of the Peking University Stem Cell Research Center, is named as a member of the scientific committee of Shanghai WA Optimum Health Care, a stem cell company. Dr Lingsong negated such claims and insisted he asked the institute to remove his name from the committee.

Some of the stem cell companies declared some sort of collaboration with reputable US institutes, such as Harvard Medical School and University of California, Irvine but when questioned by Nature team, they denied such connections.

To read more about the story visit the Nature links