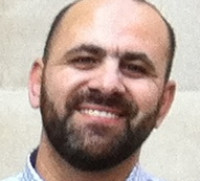 Research on stem cells taken from human fetuses has caused legal, ethical, and religious debates throughout the world, including in Muslim countries. Many Muslim scholars acknowledge that genetic treatment and research, stem cell research, cloning, and genetic engineering must be regulated by legal authority; however they consider these issues as related to human dignity and the sanctity of life, which falls within the scope of religious practice.

What are the limits of medical research?

Protection of human life and the body are basic human rights, and is considered a religious duty in many religions, including Islam. The human fetus, though it is only a small mass of cells, is a human life and must be protected and respected. Any use of fetuses aborted specifically for use in research or treatment is considered a violation to the human dignity. However if stem cells are taken from spontaneously aborted fetuses, or from medically justified aborted fetuses, then the use of fetal stem cells can be accepted in both: treatment and research.

In general, Islam encourages research, including cloning of plants and animals if justified; however, cloning or implanting human fetuses, particularly for use in research or treatment, is forbidden because it requires injury to human life. Destroying fetuses is considered a kind of abortion, which is not allowed in Islam unless there is an acceptable reason, like to save the mother’s life. In addition, Islam opposes changing genetic characteristics, because this is considered an attempt to change GOD’s creation, which is strongly prohibited by Islam. This change is seen as futile, and contradictory with respect to human dignity. Moreover, experiments using fetuses created for research and treatment reasons are not always safe. Errors and mistakes in using fertilized human eggs may lead to mixture of progenies, which is unacceptable in Islam.

These three reasons (not killing fetuses, not making any changes in genetic characteristics, and protection of progeny) are used by Muslim scholars to justify their positions against using fetal stem cells in therapy and research, in cases where the fetuses have been aborted specifically for this purpose. Muslim scholars accept the use of stem cells in cases of spontaneous abortion or in cases of medically justified abortion, as in cases where the mother’s life is at risk.

However, this use must be within the frame of respect for human dignity and human rights. Muslim scholars do not allow having extra embryos during IVF procedure, however they permit using the accidentally left over embryos either for treatment or research, but only with two conditions: first embryos must be voluntarily donated by both parents, and secondly they must be a result of a legal relationship between the two parents (marriage).  Use of stem cells from cord blood in treatment and research is allowed with the consent of the parents.

This Islamic view was discussed and agreed on by the Islamic Fiqh Council in the Muslim World League in 2003, circle 17, decisions 3.

2 Responses to Use of Fetal Stem Cells in Treatment and Research: An Islamic View